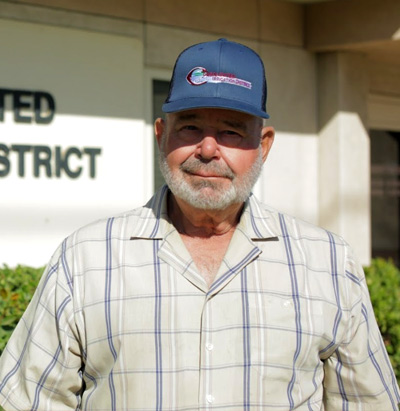 Tom Benzler was elected to the Consolidated Irrigation District’s (CID) Board of Directors in 2016, representing Division 2.

After high school, Tom served in the United States Marine Corp and earned the rank of Lance Corporal.  He is a graduate of California State University at Fresno where he earned a Liberal Arts Degree with a minor in Agriculture.  He returned to college and later earned a degree in Administration. Tom holds a life-time California Teaching Credential and taught in the Kerman Unified School District for over twenty years.

Tom is a second-generation farmer and took over the agriculture operations in the 1970’s. Tom is the fourth certified organic farm in California. In addition to his work as a Deacon and Director at Cross Point Church, Tom has served as Vice Chairman for the American Legion and has was named City of Sanger’s 2015 Farmer of the Year.  Tom and his wife Betty make their home in Sanger and have passed most of the farming responsibility on to their children.